Hi everyone! Tussle 2019 is just about a month away and I’m excited to report we have an excellent roster of attendees registered and ready for an awesome ASL weekend.

I’ll be setting up Round 1 match ups closer to time. Please take some time between now and the start of the event to dig into the SSRs on your top round 1 choices. That’ll help both you AND your opponent both be ready and enjoy the scenarios in that round even more.

Remember Thursday the 8th is open gaming. You can play anything you like, even non-ASL if that’s your poison. Also, you should be able to do any of the larger setups for the start of the main tournament on Thursday night so when you roll in Friday morning, dice can drop right away.

Looking very much forward to seeing you all there!

Thanks to my friend Dave for this great piece on why ASL events are great….

August 8th-11th 2019 in the same location, Best Western Executive Court Inn, Manchester, NH USA! 4 days of ASL action, open play, a Main Tournament and a Saturday-only mini! Come one come all! Playlist is being assembled and will be posted on/about April 1.

Another great weekend of ASL action was had at Tussle this year!  Thanks go out to our attendees, regulars as well as new folks; our sponsors who make the prize pool possible and to the hotel for the great venue.

Our Main Tournament was won by Brian Wiersma, being the last player with an undefeated record.  The Saturday Mini was won by Mike Allexenberg.

Dates for Tussle XI have been set for August 8-11th, 2019!  You can register now and we hope to see you next year.

Summer is here, the weather is warming up and another Tussle draws near!  Only six weeks to go, have you registered yet?  We want you!  ASL action in a fun environment, great people and lots to do in the area of Manchester, NH.  So what are you waiting for?

The real question is, are you coming up to Manchester for 4 days of awesome ASL action?  I hope so, we’d love to see you!

This year we’ll be trying a new twist and offering up some fog-of-war for the play list.  We will not be pre-publishing the list and hope to give you a unique summertime challenge.

Thursday we’ll gather for some open play and the main tournament will begin on Friday at 12pm.

We’re gathering some awesome prizes and giveaways for registered attendees as well.  So, what’re you waiting for?  Register now and come join us.

Planning is underway for this year’s Tussle.  2018 is the 10th anniversary of our event and we’re hoping to make it the best yet.  Any participant who pre-registers by June 30, 2018 will receive a special prize as a token of appreciation for your coming on up to the Tundra!  I hope to see all our regulars and perhaps even some new faces this year! 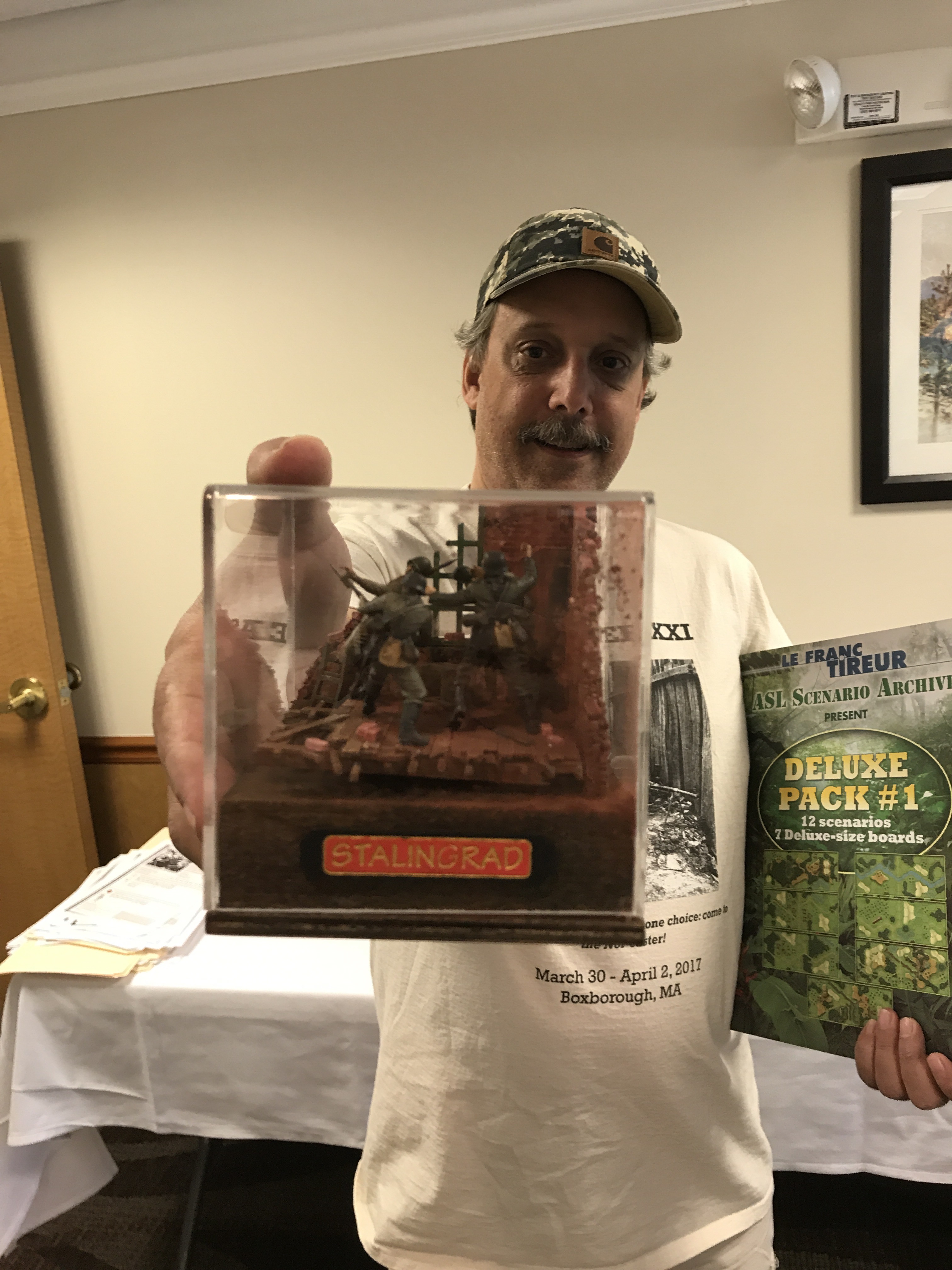 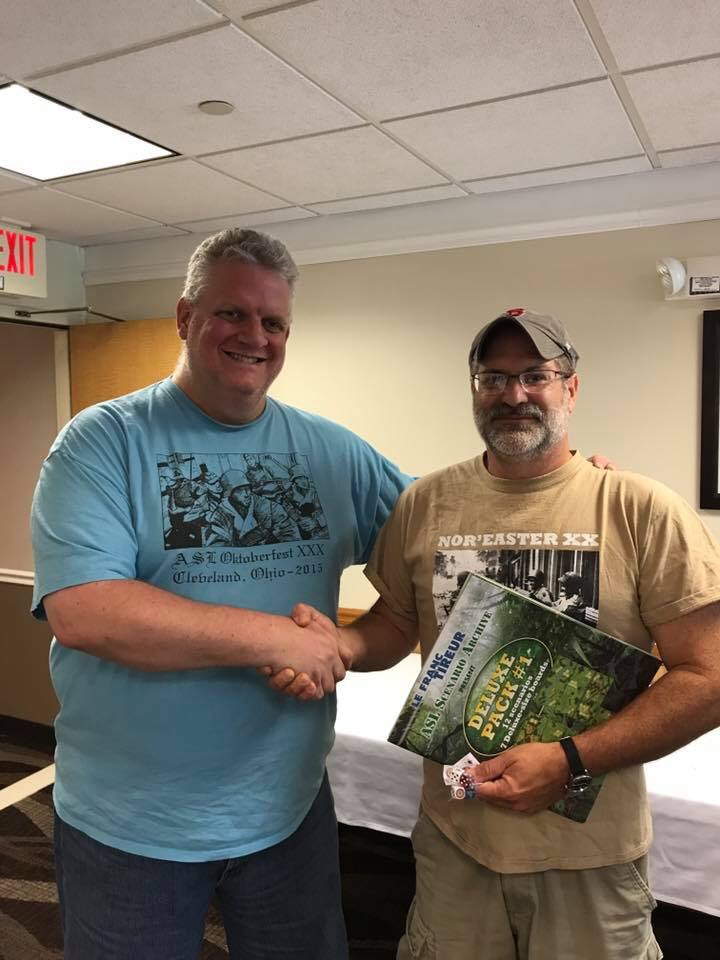 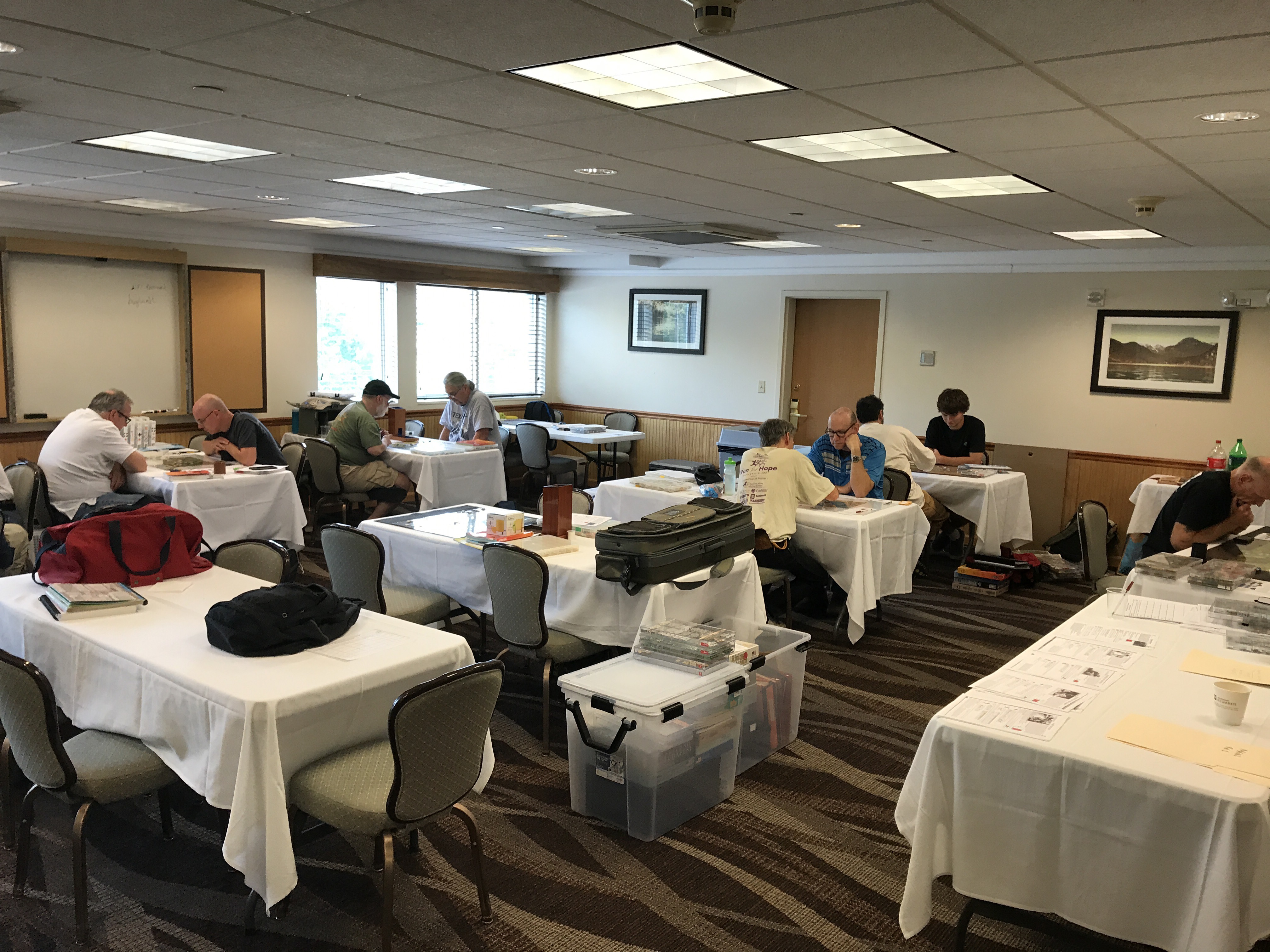 Tussle 2017 has drawn to a close, all the victory points counted and counters put away until another day.  This year was a high watermark, with 23 total attendees most of whom came in for the weekend for some awesome ASL action!

The main tournament kicked off on Friday and quickly we had nine undefeated players advancing to round 2 and the perennial problem of an odd-numbered field.  No worries though as match ups were made and the second round of action was joined.  Fights happening on many fronts, early-war French defending a village in A Real Barn Burner and classic eastern-front action in Lenin’s Sons.  Five players emerged victorious and ready for the Saturday rounds.

Saturday started early seeing the classic Defiance on Hill 30 being played as well as some allied minors fighting in Belgian Blitzkrieg.  Veterans won!  New players emerged victorious and then only three players emerged to fight in round 4 and potentially advance to the final match on Sunday.  In round 4  Brian Wiersma and Rob Loper decided on Grab and Go, Dave Ginnard still undefeated faced-off against Sean Deller playing the spoiler in the awesome heavy metal scenario Rage Against the Machine.  In the end, emerging from the burning wrecks and broken cardboard troops, Rob Loper was the final undefeated player and took the championship!

Saturday also saw a few players coming in just for the day, and the Tussle was ready with a mini tournament just for them!  Eight players slugged it out over three rounds.  In the last round, Keith Hill battled “Wild Bill” Hayward in the classic PTO scenario Cibik’s Ridge.  Keith’s Japanese troops were able to take the ridge and came out victorious!  Keith Hill earned the prize for the Saturday Mini Championship!

Many thanks are due, but especially to David Garvin for putting together the play list and some data on all the scenarios.  Our sponsors once again provided an amazing pool of prizes, MMP, Bounding Fire, Lone Canuck, Le Franc Tireur and Battle School.  Links to each of these fine merchants can be found here.

Good morning my fellow ASL’rs!  It’s just about a month now until Tussle 2017 and I’m more excited than ever to be preparing for the event this year!  We have a solid attendants list, a fun play list and a prize pool that has some pretty cool items.

So spread the word, we have plenty of room for additional players and would welcome anyone who wants to make the trek up (or down) to Manchester this year.

Hope to see YOU there!